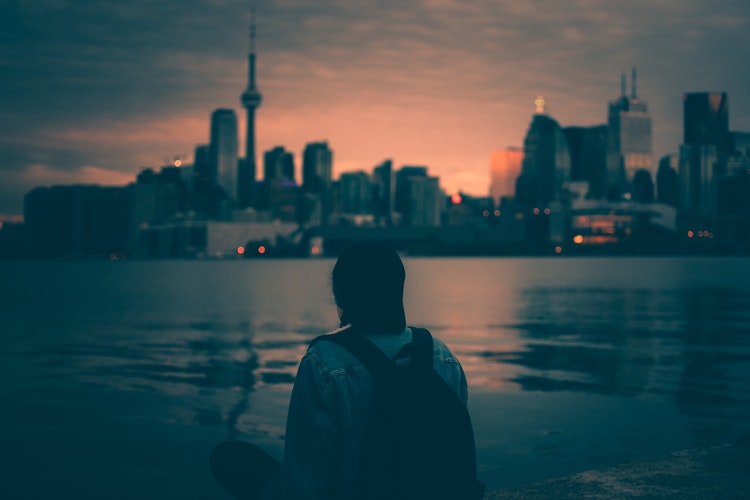 If you’re living in the Greater Toronto Area (GTA) and are concerned with housing costs and are debating leaving the city because of it – you’re not alone. According to a new study released at the beginning of the week by Angus Reid Institute, over half of GTA residents are worried about housing affordability, a staggering leap from the 36 per cent recorded in 2015. Alternatively, 59% say they are seriously considering leaving the GTA as a result of the high cost of housing in the region.

The Angus Reid Institute has a directory called the “Pain Index” which rates respondents’ answers to questions regarding issues facing them in the city. In the results of the study, they grouped respondents into four segments: happy, comfortable, uncomfortable, and miserable. The results illustrate that the main concern for residents is, in fact, rising housing costs in the city making it insurmountable, and quite miserable, to live in major city centres. The same study was done in 2015, and results were vastly different. “Housing is a much greater issue in Toronto than it was three years ago,” states Shachi Kurl, Executive Director of Angus Reid. “Previously, pain points were skewed towards transit and traffic, rather than affordability and real estate.” While GTA residents are still worried about transit and transportation, affordability is the number one concern, and numbers have truly surged since 2015.

Both Toronto and Vancouver residents are feeling the tight strain living in the city, especially Millennials. Nearly two-thirds of those aged 18-34 list the cost of housing and transportation among the top two issues facing the GTA today. The majority of the Millennial generation and younger, rely much more on public transportation to get them from point A to point B, whereas the older generations tend to drive. As a result, 61% of younger respondents state their frustration with commute times, but the inability to move closer to the city due to exorbitant pricing.

Renters, on the other hand, feel they are being priced out of the market and are becoming truly cynical about the ability to purchase a home in Toronto. Over 65% of respondents stated that “residential real estate is unreasonably costly in their community.” Additionally, over a third of renters in the market now state they want to buy a home, but cannot afford to do so in the current housing climate. This struggle is mostly felt amongst Millennials, as home ownership is becoming less likely each day. Furthermore, 46% of those who would like to buy a home now that they’re in their “prime wage-earning years” but still cannot afford to do so. “The unreasonably high cost of housing in the GTA has been a dream for some – particularly homeowners who got into the market years ago – and a nightmare for others, including renters and those who bought into the market recently at a budget-stretching price point,” reads the report.

Lastly, the study asked residents what they believe to be the major culprit for high real estate prices. The top two results were 47% believing population pressures caused by the area’s desirability, following foreign investing in the market, with 42%. Municipal and provincial governments have implemented tax to deter foreign buyers from entering the market. However, this move was not significant in dampening the Toronto market. Conversely, new mortgage guidelines and rising interest rates have begun to cool the market this year when compared to the last.